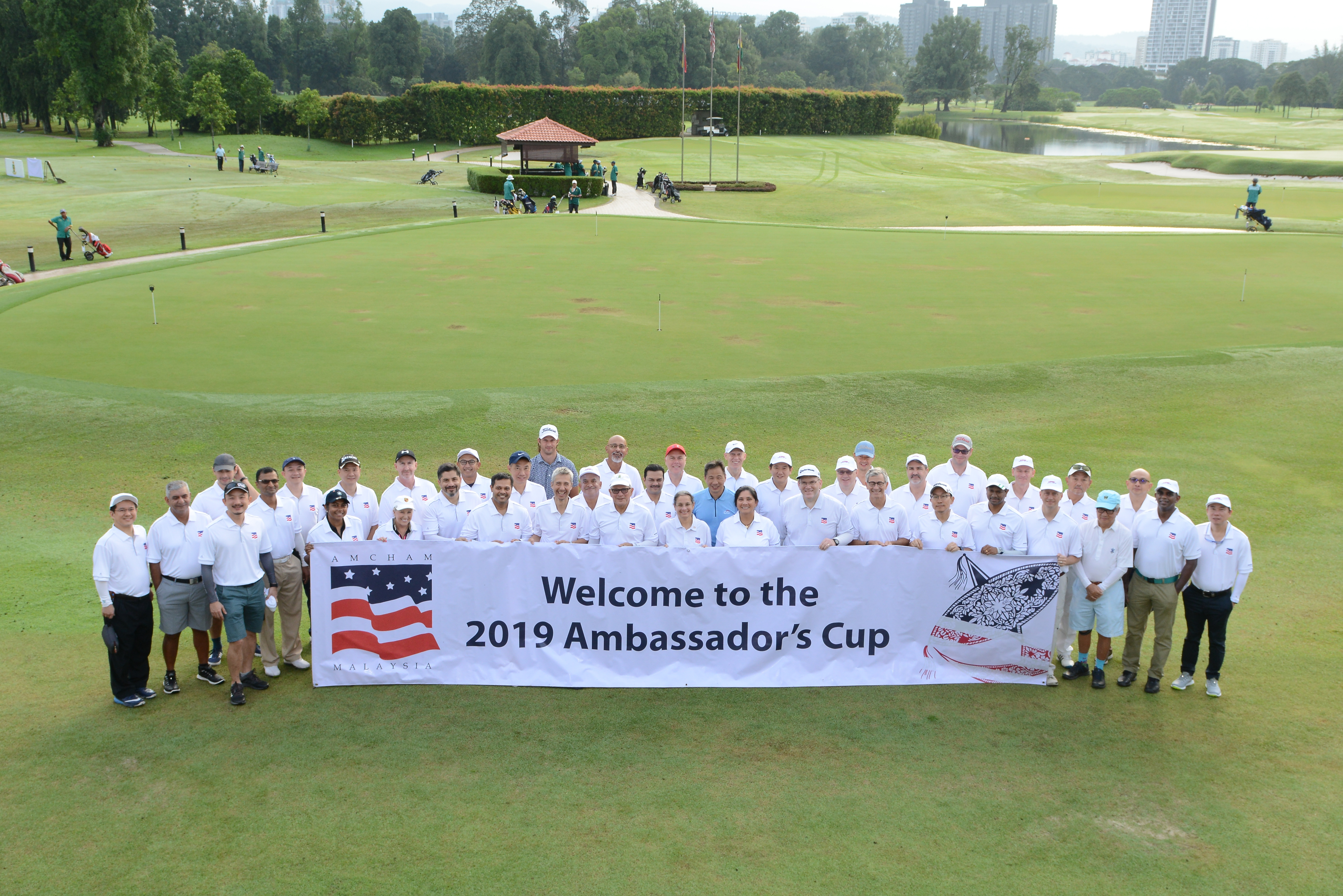 On 16 August, AMCHAM brought back the Ambassador’s Cup and hosted it on the walking courses at the Royal Selangor Golf Club(RSGC). After a 7 years hiatus, this signature golf tournament saw a  turnout of 43 golfers participating in a friendly round of golf. The U.S. Ambassador to Malaysia, Kamala Shirin Lakhdir was out on the links for the opening 9-holes allowing some golfers the opportunity to play alongside her.

Joining AMCHAM for the event was Francois Van Zyl, the golf pro at Impact Golf Academy. Participants had the opportunity to beat-the-pro on a par-3 and while it was quite a challenge to some but others managed to catch a lucky break.

After the tournament, the Ambassador hosted the golfers and several guests at her residence where the prize-giving ceremony took place.

We are proud to announce the following winners of the 2019 Ambassador’s Cup!

Congratulations to all our winners!

For those who could not participate this year, we hope to see you next year and also at the friendly Nine to 19 – social golf on November 14 from 3:00-5:00 p.m. followed by drinks at the Green. 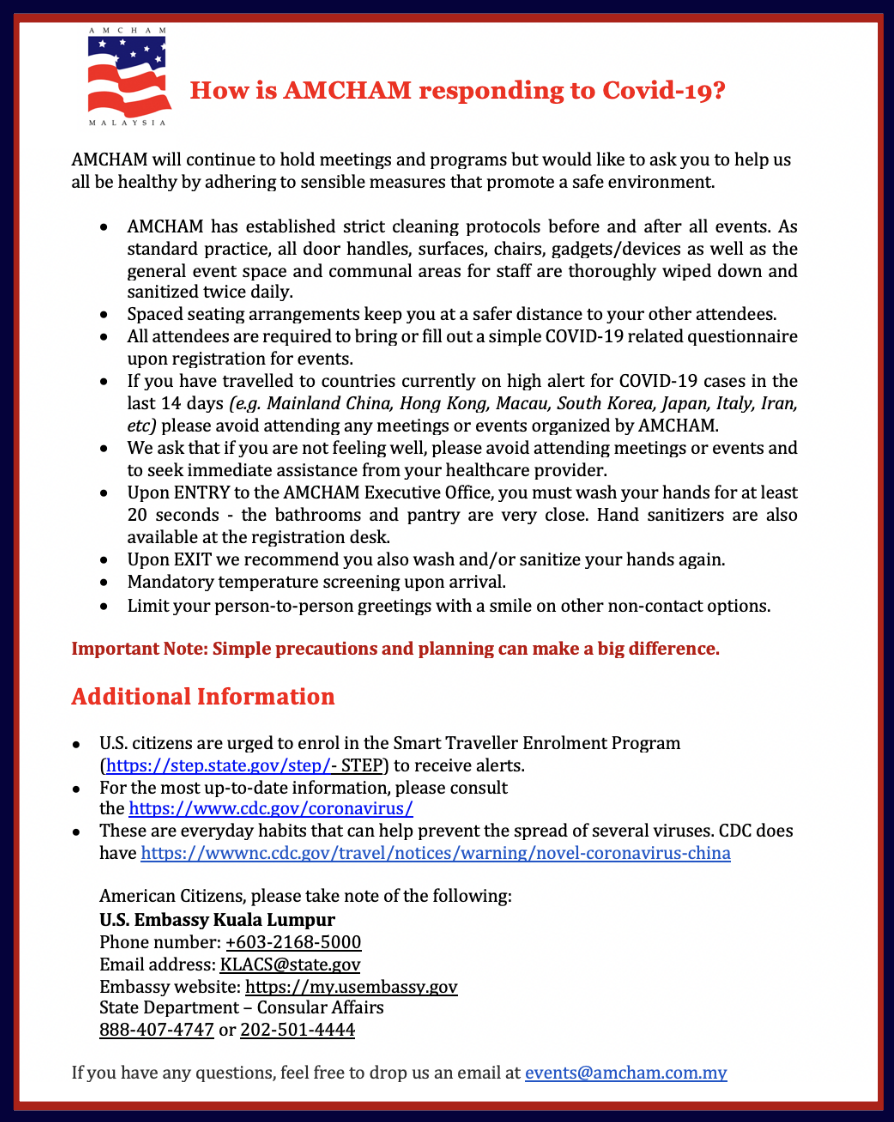